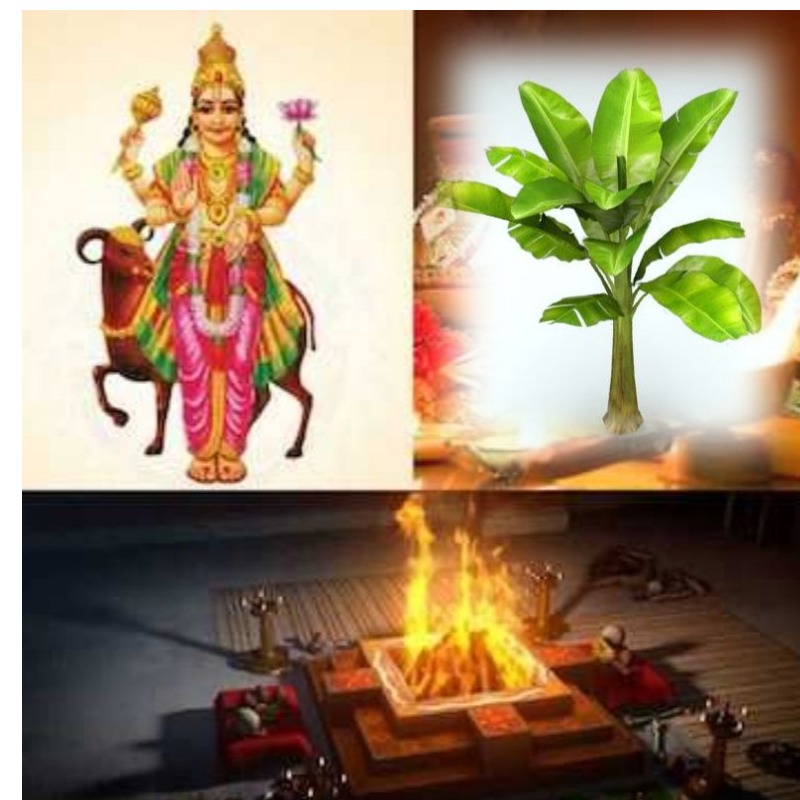 Kadali Vivaham is performed for the male who is having Manglik dosh or having second marriage yoga in the horoscope. This helps them to lead a happy life without any hurdles caused by the malefic effects of the bad planet in the birth chart.

Pooja will be performed in: Bangalore
Location : Temple Near My location

Kadali Vivaha helps a male to get rid of Manglik dosha in the horoscope. Mangal Graha is the most Malefic Planet or Papi Graha as far as the marriage of a person is considered, and its position in certain houses results in Mangalik dosh. When Mangal or Kuja Graha sits in the 1st, 4th, 7th, 8th, 12th house of the horoscope and sees the 7th house of the Kundali then it is considered as Manglik dosha.

The highest degree of Manglik dosh is observed when Mars sits in the 1st and 7th house. 7th house is termed as the house for marriage or the house for the life partner/spouse. As per Vedic astrology, the effect of Mars in the seventh house is not good to get married and also for married life.

If a Manglik boy/girl is married to a Non-Manglik partner then the event of death or severe accidents have been witnessed by many couples that lead to death, permanent disability of the Non-Manglik spouse. Sun, Saturn, Rahu, and Ketu’s placement in the houses mentioned above also forms partial Manglik Dosh.

When to Perform Kadali Vivaham?

Book Purohits for Kadali Vivaham. Purohit will bring all the Pooja Samagri. All the Purohits are well experienced and studied from Vedic Pathshala.

Note: To View The Cost Of Kadali Vivaham, Kindly Click On The “View Pricing And Packages” Button.

Be the first to review “Kadali Vivaham” Cancel reply